Taney Parish Primary School is a co-educational national school.  It is also the parish school of the Church of Ireland parish of Taney, here in Dundrum.

There are 23 teachers and 417 pupils in Taney School in a double stream school with two classes at each level from Junior Infants to 6th Class.  The school partakes in a wide range of activities including Green School and Active Flag activities - all of these can be seen in more detail on our website www.taneyschool.ie

The school is above all a happy school where pupils enjoy coming each morning - a caring community of adults and children, where each is valued for their own unique contribution and effort.  Taney School has a long tradition of providing the widest range of opportunities for children from the arts to sport and crucially and centrally in the academic area.

Please note that Taney Drama Society is currently not planning any future performances.

Taney Drama Society is a vibrant theatre group based in Taney parish centre. We stage two productions each year and are always looking for new members. If you are interested in taking part in our future productions please contact us. We look forward to hearing from you.

The Taney Drama Society presented “A Christmas Carol” on Friday and Saturday 9th and 10th December at 8.00pm in Taney Parish Centre.

Taney Drama Society returned to the parish centre on Friday 17th June for a special night of varied relaxed entertainment in the traditional Taney Way - a one act farce, singing, quiz, raffle and interval refreshments. 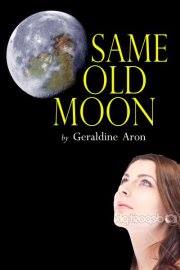 Same Old Moon by Geraldine Aron was well received when performed in  January 2016 in The Mill Theatre, Dundrum. With a cast of thirteen, there was an excellent range of acting required from our members, in particular from Kelly Hudson who played the part of Brenda Barnes. Kelly transported us through Brenda’s life between the ages of nine and forty, moving from Dublin, to Galway and to London. During this period we were shown her difficult relationship with her father, played by John D. Bryne. Brenda’s mother, aunt and grandmother (played by Maria O’Meara, Caroline Montgomery, and Lynn Pennefather respectively) also had a huge influence on her, as did many of the characters she met on along the way. Performances were enjoyed by all and great ensemble playing was praised by audience members.

We would like to congratulate three of our members who were involved recently in a Drama Festival in Glenealy, where they were presented with awards: Best Actor, Brian Lucas; Best Play, Tony Deegan (as author and director); Sheila Deegan received a commendation for acting. Well done all.

We are always looking for new members who would like to be involved either on stage for performance, or backstage dealing with stage management, costumes or set building. If you have a liking for any of the above, please contact me at 087 9762738 or lynnpennefather@hotmail.com.